A Cell Phone Call From a Cell

“When Jesus spoke again to the people, he said, ‘I am the light of the world. Whoever follows me will never walk in darkness, but will have the light of life.’” — John 8:12 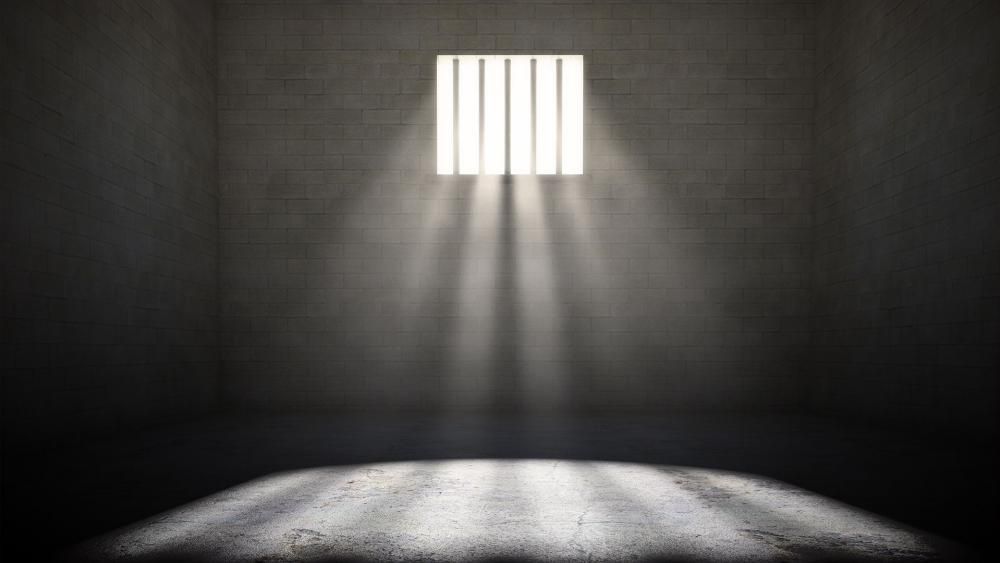 Close your eyes and imagine for a moment.

You’re sitting on the floor in a dark room. You can feel someone’s elbow pressing into your side, and the heat from dozens of closely-packed bodies fills your throat. A vile stench comes from the far corner of the room where a large, waste-filled bucket sits. The remnants of the single meal you were given today feel like lead in your stomach. Around you, the faces of the other prisoners are hard to make out, but you know there are more than forty of you here—forty of you living together in this dark cell. You haven’t been outside in a long time.

As difficult as it is to imagine, for one young Haitian man, this nightmarish scenario is a very real day-to-day reality.

This young man, who we’ll call Emmanuel, was only 20 years old when his life took a turn for the worse. It began when Emmanuel moved away from his hometown, Belle-Anse, to a city called Jacmel. Leaving his parents behind wasn’t easy. When the day came, he hid his own tears, telling them that he would be fine, that this was how things were supposed to be. He needed to find his own way in the world.

In Jacmel, Emmanuel found a small house to rent with a roommate and made money selling used items. Although life wasn’t perfect, every small sale made him proud. Maybe one day he would save enough to travel home to Belle-Anse and surprise his parents. He could show them how he’d grown.

Then, on a day like any other, Emmanuel sold a used phone that he had bought before from another vendor. When he went home, the Jacmel police were there, waiting for him. His heart dropped as they told him how the phone he had sold was stolen, and that he was under arrest. Emmanuel desperately tried to explain the situation, telling them how he’d bought the phone from someone else, how it wasn’t him who had stolen it, but they refused to listen.

The next thing he knew, he was taken to a hot, dark cell. There were already forty men there, and the smell of bodies was overpowering. The cell’s “bathroom” was a large bucket in the corner, which the guards emptied once a day.

The first day, the only food he received was a small helping of rice and oats. The next day was the same. When he asked for more food, the guards told him to ask his family to bring some. That was impossible, Emmanuel explained. His parents were all the way in Belle-Anse. The guards didn’t listen.

For two years, this cycle of dark days continued. Worn down by starvation and loneliness, Emmanuel lost any hope of seeing his family, of seeing a judge and explaining his wrongful situation, of being free. One of his only sources of happiness was listening to the radio, which another prisoner had bought and placed in a nearby cell.

Emmanuel listened closely. There was something different about the people on the radio who spoke about Jesus. He could hear in their voices that they were truly joyful about life, that they loved Jesus and loved each other. The teachers were part of a group called CIDM, and as the weeks passed, Emmanuel felt more and more like he wanted to talk to them.

The light they gave off was different than anything he had ever seen before, and in the darkness of his cell, he craved to find it for himself.

So when Emmanuel was allowed one phone call, he decided to call the number from the CIDM radio program. The staff members who answered were shocked to hear Emmanuel explain his story. They had no idea that the radio program had reached so far—even all the way to the prison cells of Jacmel. Emmanuel asked the staff if there was any way they could come by to talk and bring him food. And to his surprise, they agreed.

The day came, and the teachers from CIDM arrived. The two men, Delpha and Carlo, brought him hot food, a full bible in Creole, and $18.50 USD in gourdes. Even better, Emmanuel was able to explain what had unfairly happened. Delpha told him that he had a background in law and that he would try to arrange a meeting with a judge.

For the first time in years, Emmanuel felt like someone was really listening. It seemed almost too good to be true. How could these strangers show him such incredible kindness?

Carlo explained that the love Emmanuel found so captivating came from having a personal relationship with Jesus. Through Jesus’s death on a cross, all of us are given a chance at a new, joyful life. Despite his dark circumstances, Emmanuel could find hope again in the Good News of Jesus.

When it finally came time for Delpha and Carlo to leave, Emmanuel and his cellmates urged them to come back again. They asked for more bibles and even for the two men to start a bible study. Even in dire darkness, God’s light shines brighter!

Sadly, Emmanuel’s story is not unusual.

Haitian prisons are the most overpopulated and under-kept in the world. Recurring natural disasters and political disputes in the country mean that government funds are not being allocated for prison upkeep.

In light of such great need, our CIDM staff members have stayed in close contact with Emmanuel. Since this first visit, Delpha found a lawyer to represent Emmanuel, and the lawyer successfully obtained his prisoner file from the Jacmel prison administration.

However, an ongoing courthouse strike within the Haitian government has stopped all further trials. Until the strike is over, our lawyer can’t move forward on Emmanuel’s case. We need prayer warriors and a miracle, here! Let’s pray that this courthouse strike will be quickly resolved so that Emmanuel can find justice for his dark situation.

Haiti is a country that desperately needs help. Join us in praying for the country’s renewal, that its leaders and citizens will experience the transforming power of God’s love. Pray for CIDM’s continuing work in Jacmel, that through the individual lives changed by the love of Jesus, the community as a whole can be transformed. Pray especially for Emmanuel and the inmates of the Jacmel prison. Let God work miracles on the Haitian prison system!

A Cell Phone Call From a Cell

Baby Rescued From a Trash Heap

Do You Hear What I Hear?